Facilities for your visit

We have created this accessible tour of the Supreme Court Building For keyboard users who are unable to access our 360 tour.

The Supreme Court is the highest appeals court and plays an important role in the interpretation and development of the law, making decisions that are relevant to everyday lives and that help shape our society. The Court hears civil cases from all parts of the UK, and criminal cases from England, Wales and Northern Ireland. The court also hears cases which raise questions of constitutional importance about the practice of devolved powers. 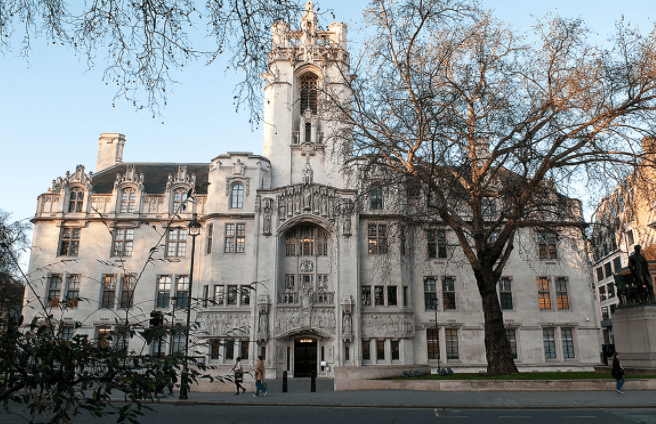 The Justices', Counsel and Solicitors' benches are all curved so that each person can see each other during hearings and to create the atmosphere of an academic seminar. The bench design was styled by London-based Japanese designer Tomoko Azumi in conjunction with Luke Hughes, and they are made from American Walnut. 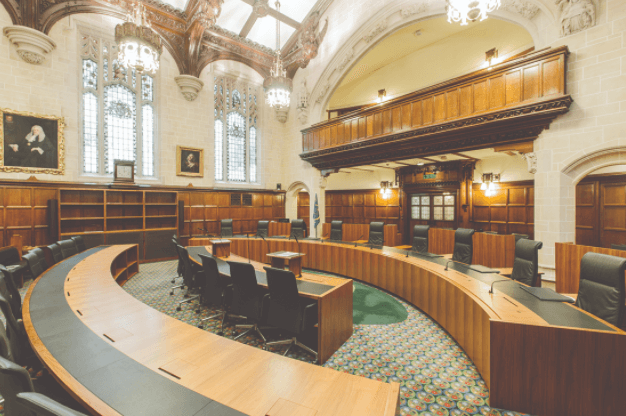 There are twelve Supreme Court Justices, but they do not sit on cases at the same time. Cases are usually heard by a panel of five Justices. However, depending on the importance or complexity of the case, this can be increased to seven or nine. On two rare occasions, eleven Justices have sat on cases that were deemed to be of constitutional importance. Firstly R (on the application of Miller and another) (Respondants) v Secretary of State for Exiting the European Union (Apellant) 2016, which considered who had the authority to trigger Article 50 of the Lisbon Treaty, starting the legal process of exiting the European Union. Also, R (on the applicaton of Miller) (Apellant), v The Prime Minister (Respondent) 2019 on whether the Prime Minister acted lawfully in suspending parliament. There is always an odd number of Justices to ensure a majority decision can be reached.

The flag features our emblem, designed by Yvonne Holton, Herald Painter at the Court of the Lord Lyon in Scotland. It combines four heraldic elements reflecting the three jurisdictions of the UK - the rose interwoven with the leek leaves for England and Wales, the thistle for Scotland and the flax plant for Northern Ireland. 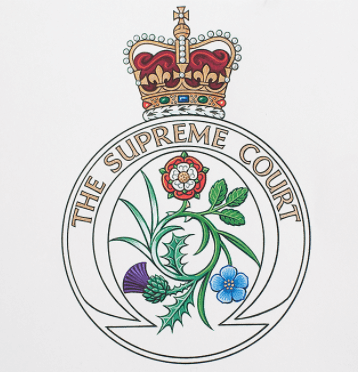 The bench ends feature mythical beasts and English monarchs, including King Stephen. They are original to the 1914 Middlesex Guildhall, where the interior and external decoration was overseen by Henry Fehr. Today, the bench ends have been joined to modern upholstered benches, to offer court observers greater comfort. 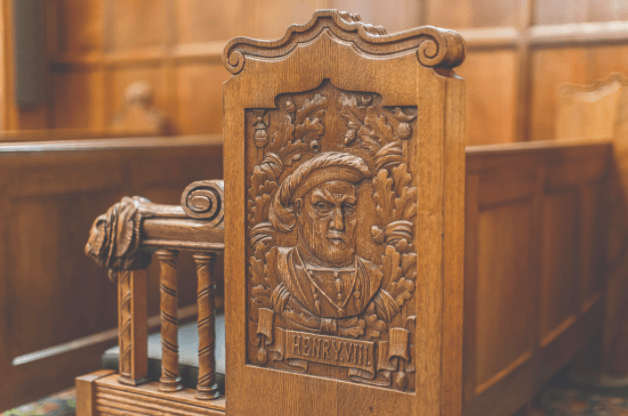 The Supreme Court's official emblem was designed by Yvonne Holton, Herald Painter at the Court of the Lord Lyon in Scotland.

These four national elements are embraced by an almost-circular frame representing both Libra, the scales of justice, and Omega, symbolising the final source of justice. 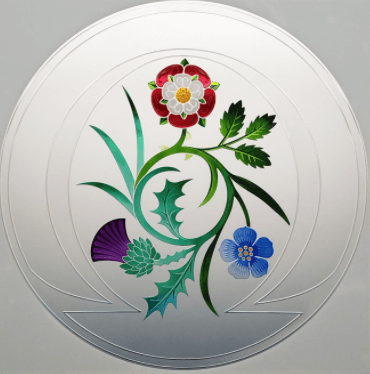 The Supreme Court is currently the only court in the country to routinely film all its proceedings. Almost every case is live streamed via the Supreme Court website, and avialable to watch 'on demand' for one year afterwards. Broadcasters can also use footage from court in news programmes. 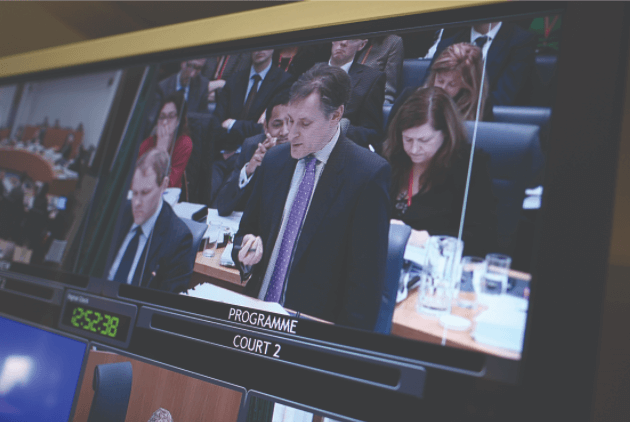 The glass wall symbolises the transparency of the UKSC, allowing visitors to see inside the courtroom without taking a seat during hearings. Designed by Cambridge based artist, Bettina Furnee, the quote from Eleanor Roosevelt, a civil right campaigner and charwoman for the commission or the first UN Declaration on Human Rights reads "Justice cannot be for one side alone but must be for both. 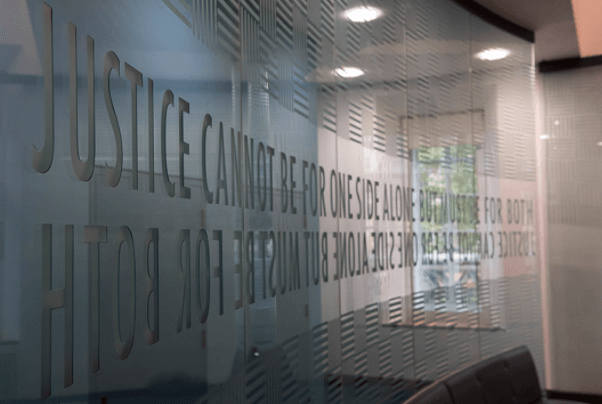 A new artwork celebrating 100 years of women in law and commemorating the centenary of the Sex Disqualification (Removal) Act by Catherine Yass is now displayed here. It portrays four women in law. Cornelia Sorabji, Rose Heilbron and the first female President of the Supreme Court, Baroness Hale of Richmond. The fourth woman is an unnamed student representing the potential of the next generation of women lawyers to shape our society through their practice and reforms. Search for New artwork celebrating 100 years of women in law" for further information.

The Judicial Committee of the Privy Council ( JCPC) was formerly a court of final appeal for the countries within the British Empire. Today, it serves British Overseas Territories, Crown dependencies and some Commonwealth countries. The flags on the Justices' bench show the countries who elect to use the JCPC such as Jamaica, Gibraltar and Mauritius. 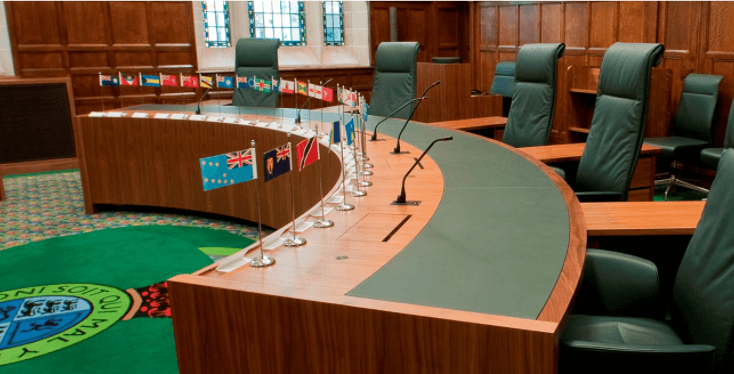 Painted in 1762, the value of this artwork is greatly enhanced by the original frame designed by the famous furniture designer. The Earl, Hugh Percy (c.1714-1786), was a politician who at various points was MP for Middlesex, Lord Lieutenant of Northumberland and Lord Lieutenant of Middlesex. The portrait has hung in this courtroom for many years. 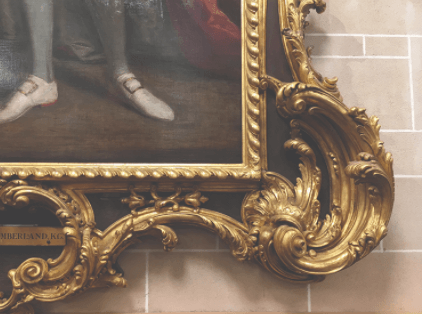 A full-sized flag from the country where the appeal has come from is displayed on this flagpole to underline the fact that the JCPC is sitting as the final court of appeal of that jurisdiction, rather than a UK court. 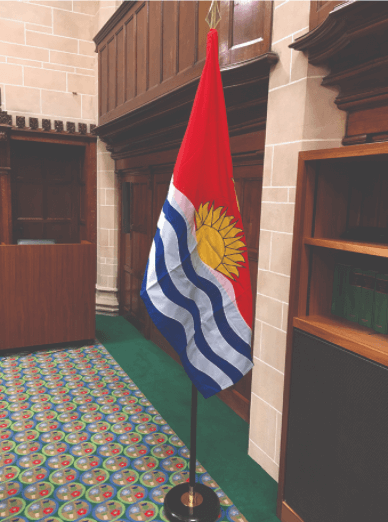 The Justices, their Judicial Assistants and staff from around the Court use the library. It holds almost 5,000 books and a similar number of electronic books and journals covering most legal subjects. 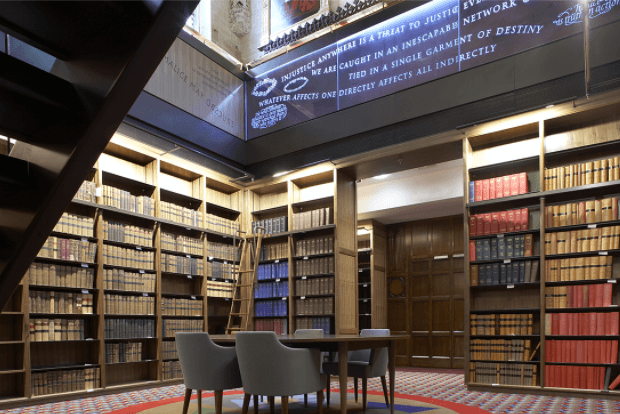 Renowned graphic designer Richard Kindersley worked with quotations drawn from speeches, literature and scripture to create this stunning illuminated frieze in glass and wood. The inaugural Justices approved the list of quotes, the most prominent of which is by Martin Luther King. 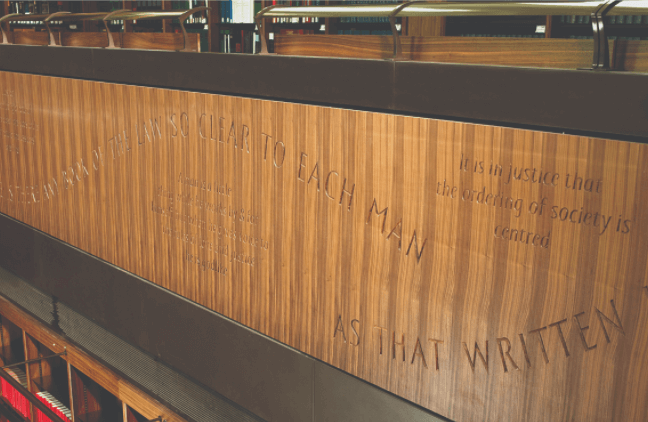 Echoes of the Past

Eagle-eyed visitors will make out the names of judges who used to sit here when this room was one of the Middlesex Crown Court rooms. These include Ewen Montagu, Recorder at the Middlesex Guildhall during the 1960s and one of the people behind the Second World War deception plan Operation Mincemeat, immortalised in the film The Man Who Never Was. 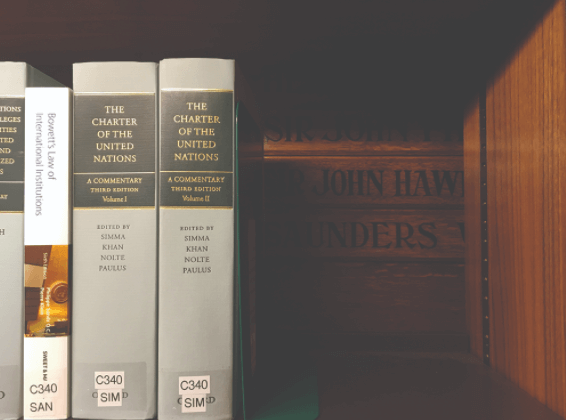 The Oldest Book in the Library

Dating from 1661, this edition of `Croke's Reports' contains summaries of court cases from during the reign of Queen Elizabeth I. Before 1865, law reports were written by individuals and published under their own name. Today, the Incorporated Council of Law Reporting publish official reports supplemented by a range of other providers. 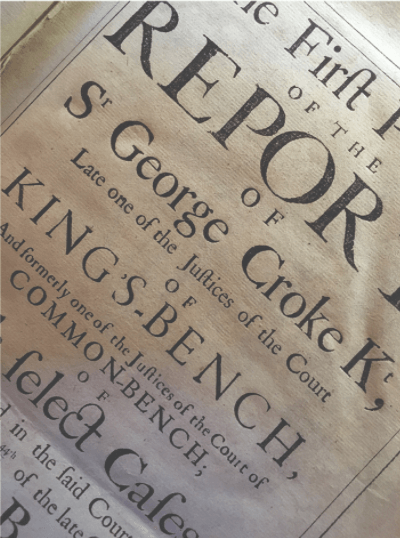 The Faculty of Advocates' Library in Edinburgh has, over many years, provided the Court (and the House of Lords before it) with a valuable collection of material that covers Scotland's distinctive legal system. Very few of these titles are available electronically which ensures that the collection is often consulted when a point of Scots law is raised in court. 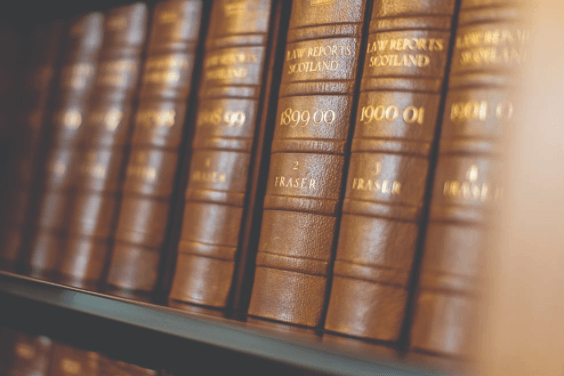 With views over Parliament Square, this is a popular space available to hire when the court is not sitting. The room is versatile and can be used for a number of functions such as drinks receptions, private dinners, conferences and meetings. More details can be found on our venue hire website. 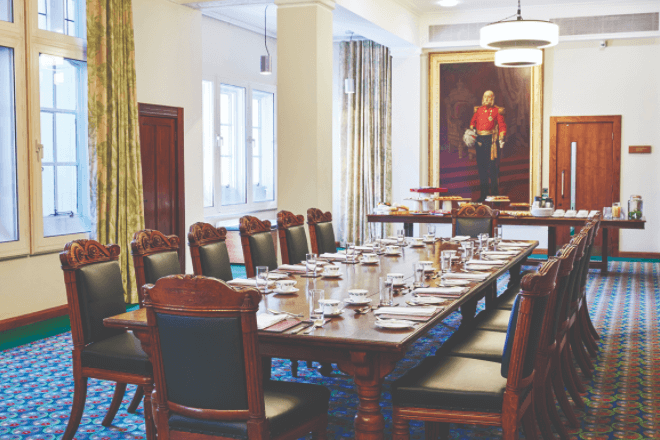 The building was designed by James Gibson in 1913. Until 1965 it was known as the Middlesex Guildhall and was used by Middlesex county council as administrative offices and for council meetings. The stain glass windows around the building bear heraldic arms of the Lord Lieutenants of Middlesex who were the monarch's personal representatives in Middlesex. 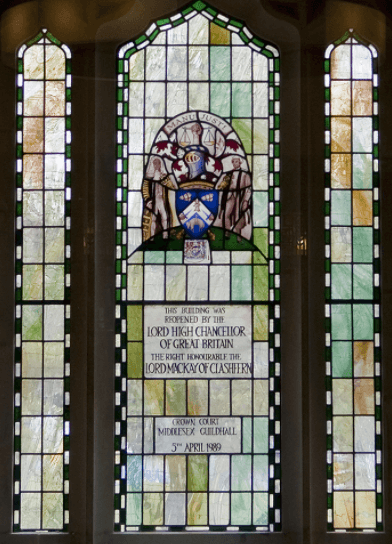 The Lobby can be hired for exclusive use after the building has closed to the public, and is particularly suitable for stylish drinks receptions for up to 100 guests. The Lobby is surrounded by wooden panelling featuring carved coats of arms and stained glass, much of it original to 1913 and reflecting significant families from Middlesex. 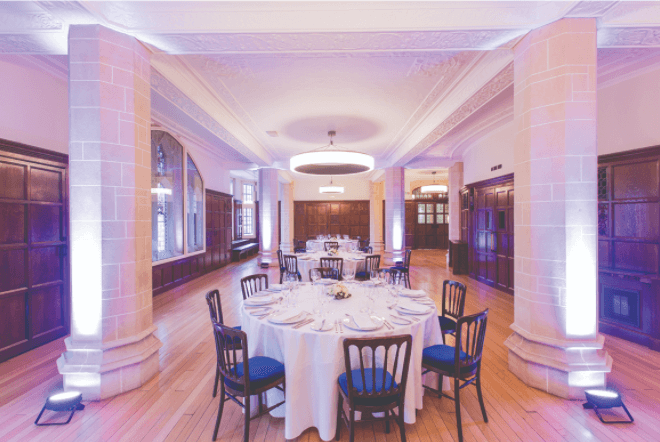