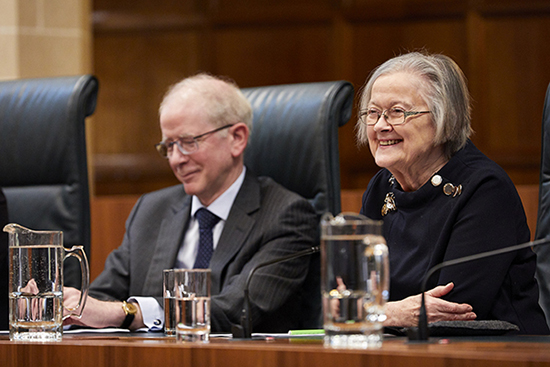 On Wednesday 18 December 2019 a valedictory ceremony marking the retirement of The Right Hon the Baroness Hale of Richmond DBE, President of The Supreme Court, took place at 09:30 in Courtroom One of the Supreme Court. 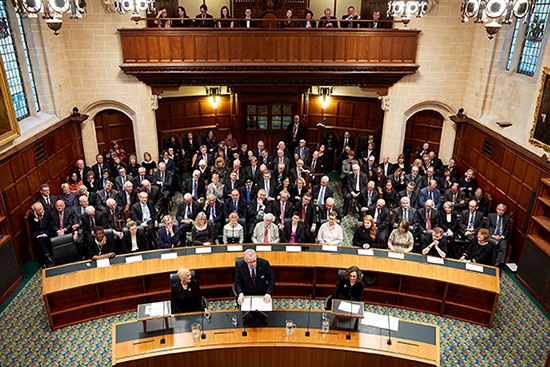 The ceremony included remarks by: 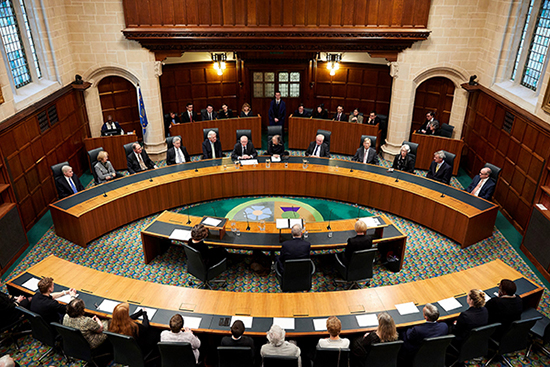 The ceremony concluded with closing remarks made by Lady Hale. 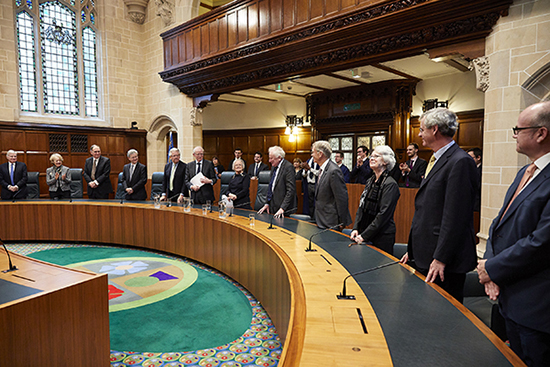 Full coverage of the ceremony can be watched by clicking on the following link:

In January 2004, Lady Hale became the United Kingdom's first woman Lord of Appeal in Ordinary after a varied career as an academic lawyer, law reformer, and judge. After graduating from Cambridge in 1966, she taught law at Manchester University from 1966 to 1984, also qualifying as a barrister and practising for a while at the Manchester Bar. She specialised in Family and Social Welfare law, was founding editor of the Journal of Social Welfare and Family Law, and authored a pioneering case book on 'The Family, Law and Society'.

In 1984 she was the first woman to be appointed to the Law Commission, a statutory body which promotes the reform of the law. Important legislation resulting from the work of her team at the Commission includes the Children Act 1989, the Family Law Act 1996, and the Mental Capacity Act 2005. She also began sitting as an assistant recorder.

In 1994 she became a High Court judge, the first to have made her career as an academic and public servant rather than a practising barrister. In 1999 she was the second woman to be promoted to the Court of Appeal, before becoming the first woman Law Lord.

She retains her links with the academic world as Visitor of Girton College, Cambridge, and Visiting Professor of Kings College London. She previously served as Chancellor of the University of Bristol. A home maker as well as a judge, she thoroughly enjoyed helping the artists and architects create a new home for The Supreme Court.